This installation consists of a big red velvet cushion spanning three meters. Inside there are sensors and loudspeakers. When someone lays down on the cushion, the sensors activate the sound of the video. The sound is both heard and felt as a vibration. When the person leaves the cushion, the sound fades.

The video is projected onto a transparent screen (1.65×2.00 m.). The distance between the cushion and the screen is approximately 170 cm. The video consists of four parts and there is no obvious narration. The sequences have been taped independently of one another, and there are great leaps in time and space. Some of the scenes have been filmed with the intent that the spectator will be watching it while laying down. 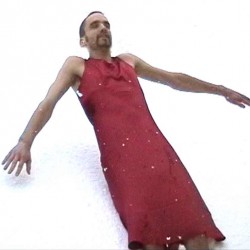 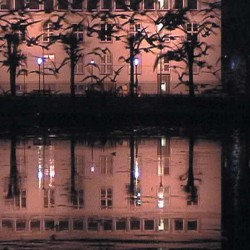 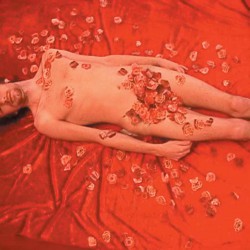 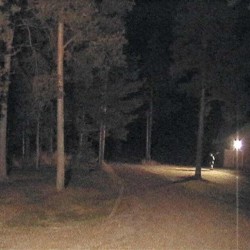 The music has been composed for this video by a classical composer. The composer has conceptually and rigidly related the compositions to the piano (as an «anachronistic instrument» in a more modern sense). The sounds from some of the original and initial recordings has intentionally been kept, in order to make the viewer/listener more conscious of the distance and the illusions the music creates. I intend, with the music and the written comments, to build a dramaturgic continuum with a distinct beginning, climax and ending.

I have chosen to call this work «Opera», since it refers to the baroque-style drama; pompous surroundings, costume dramas and a simple, predictable story where the action almost inevitably is based on love and death.

«Opera» is partly an interactive piece. The cushion and the projection are two separate elements, until the viewer’s physical interference links the two works together. 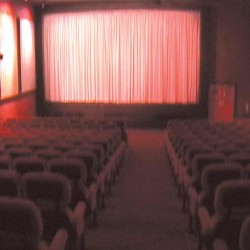 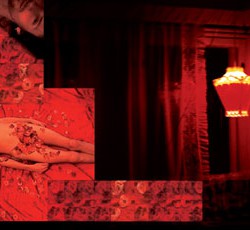 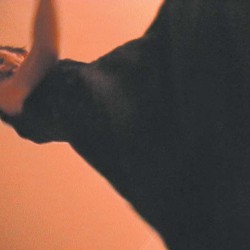