The mural Interferenza is our contribution to Graniti Murales (www.granitimurales.org) in Sicilia made in three weeks in May and June 2016. The mural is situated on the walls of the old and abonded gym behind the school in Via Gangi, and has a smaller satellite in the centre of the village at Piazza Roma.

The mural consists of a variety of motives which; when they are brought together as a frieze, interfere with each other in different ways. The combinations and compilations of the motives will hopefully lead to a certain intended disturbance and curiosity from the spectators.

Motives you can find are for instance: a boy who is rescued from a refugee boat and an overloaded car that is placed in front of a row of people climbing a hill. A monstrous bird belonging to another climatic zone overlaps an old man and frogs are surrounding a falling or jumping girl in Norwegian national costume.

The backdrop for the project is the large current and future situation of migration and transgression of people. Both due to the on-going tragic refugee situation but also due to the global climate change that forces people to escape and move. 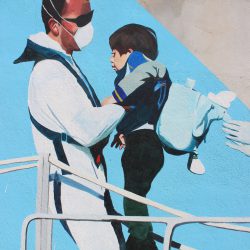 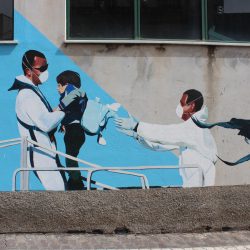 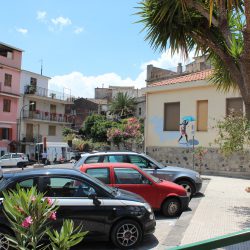 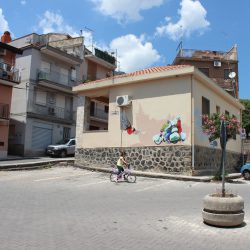 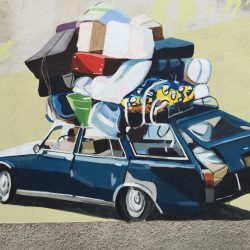 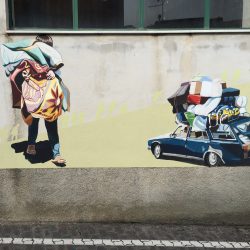 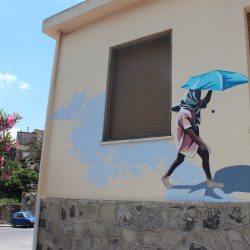 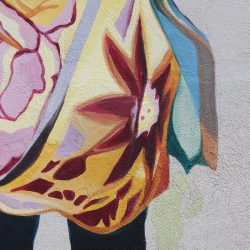 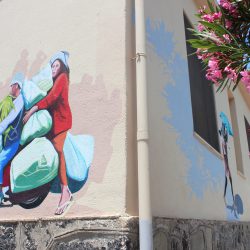 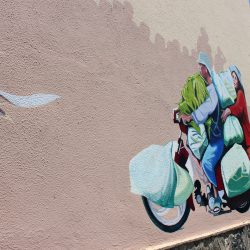 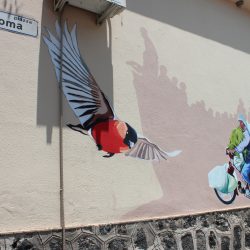 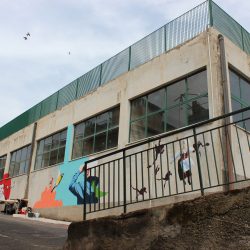 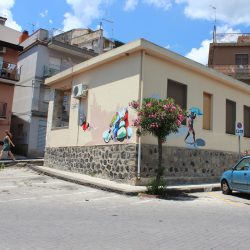 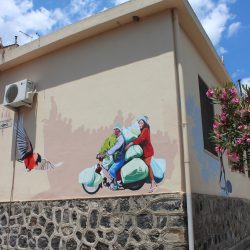 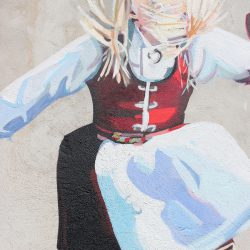 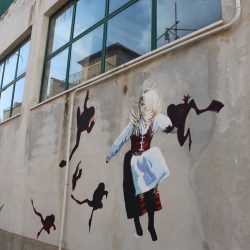 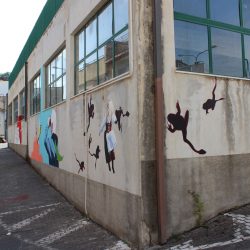 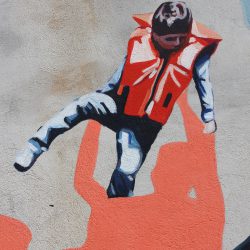 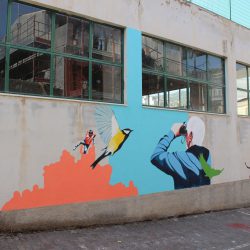 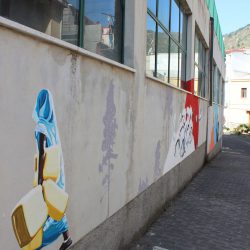 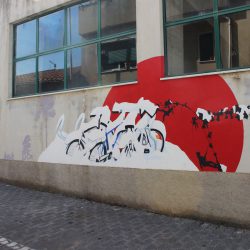 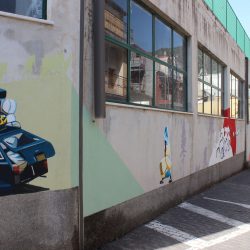 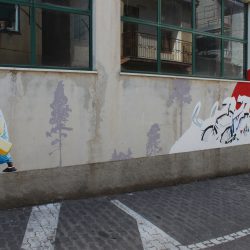 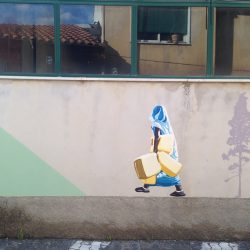